Mae Whitman Husband: Is The Good Girls Cast Married? All About Her Dating Life
Posted by  Boss on Jul 25

The Good Girl’s Mae Whitman is a superb actor. Three suburban women who one day find themselves in a bad predicament and decide to quit taking the easy way out and risk everything to recapture their power are the subject of this comedy-crime drama television series. Mae played Annie Marks in the television show.

Mae can be found on the social media site Instagram where she has a verified account with the handle @mistergarf. On Instagram, the actress has 1.2 million followers and more than 1,000 posts. 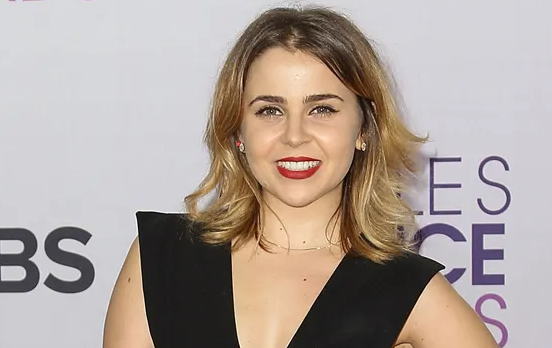 As of 2022, Mae Whitman, a cast member of The Good Girls, appears to be alone and without a husband or lover.

Mae Whitman, who is most known for portraying the illustrious Annie Marks in the Netflix sensation “Good Girls,” promoted her role as the lesbian witch Amity Blight on social media for the Disney Channel comedy “The Owl House.” While tweeting about the animated series, she seized the opportunity to declare her pansexuality.

The American actress has successfully kept her romantic relationships private. It is impossible to tell who Whitman is dating as a result.

Miles Heizer, Mae Whitman’s co-star on the blockbuster show Parenthood, and they were said to be dating in February 2020. However, they did not corroborate those rumours, therefore the real story remained hidden.

Miles and Mae had caused confusion by sharing multiple photographs on Instagram, which led to romance suspicions. The photos are only a jest for their admirers; in actuality, the two are just great pals.

The actress was supposed to be dating four different persons, but none of these rumours have been confirmed by the actress, thus nothing can be said about her romantic relationships or love life.

Who is Mae Whitman? Wikipedia Bio And Personal Details

Mae Whitman is an American actress and singer who made her film debut in the love story When a Man Loves a Woman at the age of six, according to her Wikipedia bio.

Whitman also cut the songs “You Make Christmas Feel So Good” and “I Heard the Bells on Christmas Day” for School’s Out! Christmas. She also provided guest vocals for a number of tracks on the indie-punk band Fake Problems’ 2010 album Real Ghosts Caught on Tape.