Popularity of Paras Official Carding: BGMI Creator Brutally Assaulted Attack A Video Has Gone Viral: In today’s environment, we all recognize the value of social media. In fact, without the internet or social media, we would be nothing in today’s world. This platform has been used to allow viewers to share their opinions. There is no guarantee that the viral information on social media will be completely accurate or that it will be a rumor. As a result, it is entirely dependent on the person who watches viral content. The spectator must assess whether the viral material is clear. 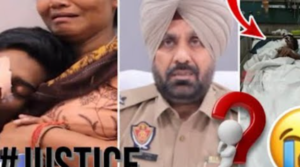 Paras official, a well-known content creator in the Battlegrounds Mobile India community, was recently battered by eight men after raising the issue of utilizing unethical methods to achieve popularity in the game. According to a brief video that has gone viral on the internet, he was beaten by seven to eight individuals who broke into his home and beat him with rods and other weapons.

So, in this world, where we’re talking about human rights, eight men beat a man simply because he raised his voice in protest of something. These folks didn’t just beat him up; they beat him up with a variety of items, including rods on his property.

Paras official has recently surpassed the 800,000 subscriber mark on YouTube. In BGMI, he had expressed his opposition to the use of carding to acquire a popularity rating. The popularity rating method, in which the more popular players are given a higher position. Paras, on the other hand, had to pay a price for giving his thoughts on a rating system.

He explained that you can increase your popularity rating by receiving presents from other accounts. According to the content, creative gamers were employing an illegal tactic known as carding to gift themselves a big amount of popularity ratings through the available gifting choices.

Humans have the ability to express their feelings without causing harm to others in this planet. It is a fundamental right for him. If we don’t agree with someone’s point of view, it doesn’t mean we have the right to injure him violently. You can’t stand up to him, but you can’t injure him unethically. These eight men should be punished and ashamed of their actions.

Better Call Saul co-creator found it ‘hard’ to finish scene after Bob Odenkirk heart attack: ‘He was gone, then he was back’
Derry Girls creator admits including Spice Girls’ Union Jack dress ‘would not have been okay’ after gang’s iconic routine
Paddington Bear creator Michael Bond’s daughter speaks of family pride at Jubilee sketch with Queen: ‘It really, really was such an honour’