Ray Liotta Face Was Puffy Due To Some Illness, Fans Questioning His Cause Of Death
Posted by  Boss on May 28

At the age of 67, Ray Liotta, the actor from the film Goodfellas, died in his sleep in the Dominican Republic, while filming Dangerous Waters. 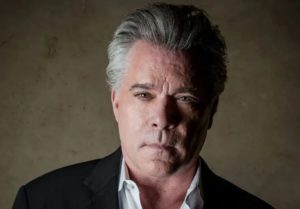 The notorious gangster actor died midway through filming the film about a sailing vacation gone wrong on a Caribbean island.

Fans were surprised to learn of Liotta’s death, as he had been enjoying a remarkable comeback in recent years, starring with up-and-comers like Taron Egerton.

Ray Liotta Face Was Puffy Due To Some Disease, Fans Questioning His Cause Of Death

Ray Liotta, an actor and producer from the United States, died at the age of 67. The well-known actor died quietly in his sleep, according to Deadline. He may have died late at night from a heart attack.

He triggered a flurry of plastic surgery speculations on the internet a year ago, and his face has been compared by others as a “perfectly cooked lasagna.” When he appeared at the 2016 Screen Actors Guild Awards, people commented on his puffy face and how different he appears now compared to only a few years earlier.

Ray’s death, on the other hand, is still a work in progress, with no specific cause of death disclosed.

Ray Liotta Net Worth At Death

Ray Liotta is an actor, producer, and director from the United States who has a net worth of $14 million.

After playing a major role in Martin Scorsese’s classic mafia film GoodFellas, he became a well-known character. Aside from this once-in-a-lifetime performance, he has had a lot of success in movies and television.

After graduating from college, Ray moved to New York City to pursue an acting career. He began establishing connections and booking an agent while working as a bartender in a New York theater. From 1978 through 1981, Liotta was a regular in the soap opera Another World, playing Joey Perrini.

He took a significant stride forward when he decided to relocate to Los Angeles and focus on film opportunities. In films like The Lonely Lady and Something Wild, he gave some of his earlier performances. Ray was nominated for a Golden Globe for the latter.

In 1989, Liotta played the spirit of Shoeless Joe Jackson in Field of Dreams, which was a pivotal role for him. Martin Scorcese cast Liotta in the iconic mafia film Goodfellas in 1990, which marked a turning point in his career.

In the United States alone, the picture grossed nearly $46 million. According to many critics, it is widely regarded as the best film of the year and one of the best gangster films of all time.

In 2004, Liotta won an Emmy for his guest performance on ER. Liotta is a well-known actress who has appeared in films such as Blow and Narc.

Who Is Ray Liotta Wife Jacy?

Ray Liotta and Jacy Nittolo are engaged, but have yet to tie the knot. She was born on September 25, 1974, and is an Italian-American.

She is well recognized for being engaged to Ray Liotta, despite not being in the entertainment industry or a well-known person.

Her ex-husband, Joey, had bought the same hair salon for her. Nittolo keeps her new work a secret, so it’s unknown whether she’s still a hairstylist.

From 1997 to 2004, he was married to actress Michelle Grace. They met on the set of The Rat Pack, and an Elvis impersonator married them in Las Vegas.


Ray Liotta Face Was Puffy Due To Some Illness, Fans Questioning His Cause Of Death