Sania Khan: who was she? Tragic TikToker’s videos contained a number of warning signs before her ex-husband fatally murdered her.
Posted by  Boss on Jul 26

Sania Khan: who was she? Tragic TikToker’s videos contained a number of warning signs before her ex-husband fatally murdered her.

A TikToker who published videos about her divorce in an effort to combat the stigma attached to it was shot and Ki**ed by her ex-husband. Sania Khan, 29, and Raheel Ahmed, 36, were reportedly found dead on Monday, July 18, with gunshot wounds to their heads, in what the police termed as an apparent murder-suicide.

Before killing Khan in the head and then turning the gun on himself, Ahmed is reported to have traveled from his home in Georgia to the Chicago apartment where she lived. While Ahmed was confirmed dead at the hospital, emergency personnel pronounced Khan dead at the scene. 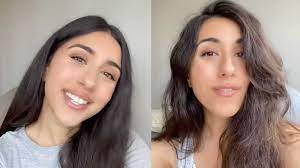 Friends of the couple told the Chicago Sun-Times that despite Ahmed’s resistance to ending the marriage, the divorce was finally formalized in May of this year. Khan, who used the TikTok handle @geminigirl 099, wrote a number of posts regarding the prejudice she encountered from her loved ones as a result of her divorce from Ahmed. You believe that you can harm me? “In one post, she wrote. My family members warned me that if I left my spouse, I would give Shaytan the victory, that I dress like a prostitute, and that if I returned to my hometown, they would commit themselves.

In another, she lamented, “As a South Asian Woman, going through a divorce often feels like you failed at life. “Isolating factors include how the community labels you, the lack of emotional support you experience, and the temptation to stick with someone because of “what will people say.” Women find it more difficult to quit marriages that they shouldn’t have entered in the first place as a result.

On her website, Khan, a photographer who relocated to Chicago in June 2021, claimed to be an expert in wedding and couple photography. Every day above ground is a good day, according to my favorite quotation, she wrote. I used to be a flight attendant because I loved to travel so much “She went on. Who would have guessed that two years later, I would move there? Chicago was always my favorite layover city. She claimed to be from the “mountain town of Chattanooga in Tennessee.” “and that “hiking and camping are about the only things I enjoy more than anything else.”

A friend of Khan’s who spoke to the Sun-Times claimed that she double majored in psychology and women’s studies while attending Chattanooga School for the Arts & Sciences. She later worked as a flight attendant and social worker before deciding to pursue a career in photography. According to the friend, who only went by Grant, “She could make a friend out of anyone and would always be there for them during their moments.” Since Sania brought so much brightness into your life, it would be difficult to find someone who would criticize her.

Another friend of Khan’s revealed to Time Magazine that she and Khan had just signed a lease for a residence in Chattanooga. Gabriella Bordó claimed that when she learned the tragic news, she had just arrived in Chicago to assist her friend with packing and starting their move. I had Saania in store for me. She continued, mentioning that she had observed multiple “red flags” about Khan’s claims that she had divorced Ahmed. “I had at least the next few years, knowing that I wasn’t going to be alone and I was going to have my partner in crime next to me,” she claimed. Khan’s family and her ex-family husband’s “encouraged [Khan] to stay, begged [Khan] to stay,” Bordó claimed. I never expected someone with her vibrant personality to be so easily influenced or subdued, but she was. He kept an eye on her attire. He was cautious about her social circle and her outward appearance.

She was getting out. They had not shared a home for a very long time. She shared a house with me here. To bring her home, I was there. There was no making up,” she said. This man wasn’t trying to save a marriage when he went there. He had a purpose for going there with a pistol. He anticipated my arrival. Both of our social media accounts are open to the public. He seized the opportunity because it was his last “Bordó tacked on.

Who Is Ms Holla on Tiktok? The Internet Is Concerned After Her Hospital Video Emerges
David James tells Bukayo Saka to leave Arsenal for Manchester City