What Was DJ Quik Son David Blake Jr Arrested For? Will The Rapper’s Second Child Go To Jail?
Posted by  Boss on May 28

DJ Quick is an American rapper, composer, DJ, and record producer best recognized for his contributions to the G-funk style of West Coast hip-hop. “Dollaz+Sense,” “Tonite,” “Born and Raised in Compton,” and “Jus Lyke Compton” are some of his most popular songs.

David Blake Jr., like his famous father, tried his hand at rapping for a short time. He made a number of videos and singles under the moniker D Blake. 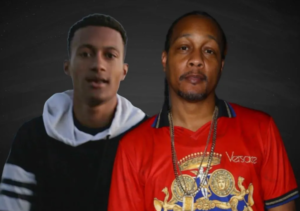 Blake Jr. was identified as a murder suspect after a fight and shooting on Carfax Avenue on Wednesday, May 25th.

According to MSN, Compton Councilman Isaac Galvan’s liaison, David Blake Jr., was arrested a day after cops responded to a disagreement in the 13200 block of Carfax Avenue. Another report of gunshots was received as cops were on their way to the scene. When they arrived, they discovered a single gunshot wound on the victim.

Cardoza was brought to a local hospital, where he succumbed to his injuries and died. Blake was identified as the suspect after a quick inquiry and was handcuffed about 4 a.m. on Thursday (May 26) in Porter Ranch.

According to the NBCLA I-Team, David M. Blake Jr., 27, was detained in Porter Ranch early Friday morning and was being held on a $2 million bond.

In addition, the case’s specifics will be updated as soon as new information becomes available.

Is David Blake Jr. on his way to prison?

DJ Quick’s son, David Blake Jr., was arrested in Porter Ranch and is being held on a $2 million bond. However, this isn’t the first time DJ Quick’s children have been involved in a major family dispute. Davieanna Marlena Blake, Quik’s daughter, was also arrested in 2013 in Phoenix, Arizona, for the tragic murder of his grandchild.

DJ Quick’s daughter’s boyfriend, Darnell Moses Alvarez, reprimanded her for wetting the bed in that episode. A lacerated liver, internal hemorrhage, bruising, and other signs of acute trauma were among the injuries sustained by the small infant. Darnell Moses Alvarez’s bond was set at $500,000. Taviana Blake was charged with first-degree murder and jailed on a $250,000 bond.

Who Is Sarah Brightman Married To Now? Husband 2022 – Why Can’t She Have Children?
Gabriel Jesus spotted at the Emirates Stadium ahead of £45m Arsenal transfer