Who Is Wren Eleanor? Drama On Tiktok And Reddit About Daughter’s Situation
Posted by  Boss on Jul 12

Wren Eleanor, a 3-year-old child, has become an internet star thanks to her mom. However, many Reddit users have flagged her content as being inappropriate.

On her TikTok account, Jacquelyn posts about her daughter Wren Eleanor, who is a well-known TikTok star. Because of the millions of views and likes her TikTok videos have gotten, Eleanor has become a very interesting and beautiful little girl.

Because Wren is such a pretty kid, she has more than 17.3 million followers on the video-sharing app TikTok. Her mother, Jacquelyn, posts videos of her three daughters on Tiktok. When Wren Eleanor’s mother posts about her daughter on social media, she often gets responses. 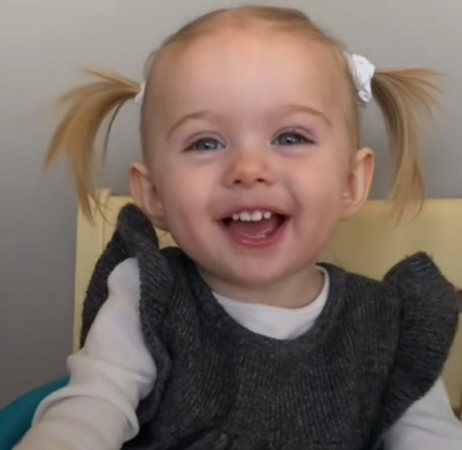 Has Anything Happened To Wren Eleanor? The Reddit Drama Explored

Wren has been posting a lot of content on Tiktok with the help of her mother, but people had different ideas about what she was posting.

In Wren’s name, someone made a Reddit account that decodes most of her TikTok videos and says that her mother is using her child to please perverts online.

The Reddit account talks about how Wren’s mother is taking advantage of her and putting her in danger from the many perverts who lurk on Tiktok. The Reddit account also posted some strange and inappropriate comments that were left under the toddler’s videos. These comments have also made other people worried.

Many people think that Wren is being taken advantage of, and that her mother knows exactly what she is doing. They want Wren’s account to be shut down because she is attracting a lot of weirdos and perverts online, and her mother is encouraging this.

What Was The Wren Eleanor Personal Space Drama About?

Wren Elanor, who is only three years old, is a popular TikTok user. Her mother, Jacquelyn, is in charge of her account, which is being talked about on the internet right now. People on the Internet think it’s important for the child to have her own space.

People might notice that Jacquelyn posts videos of her daughter on social networking sites and records them for TikTok. From the video that has been shown, it looks like she is a single mother. But the scary pictures and recordings she has been putting out.

Online users are also trying to get all the TikTok mommies to pay attention to the sick users of the same platform, such as Kurt Mills 911. He has liked and saved several offensive and disgusting posts.

She is also to blame for putting a picture of her daughter Wren online. People believe that she is using her child to make money.

How Old Is Wren Eleanor? Her Family Explored

Wren is 3 years old right now. A video she posted to her Tiktok showed that she was born in 2019. Jacquelyn is the name of her mother.

But her dad is never in any of the videos, and she has never seen him online either. People thought that Wren lived with her single mother because of this.

Also, Jacquelyn is usually in the videos she makes with her daughters. But her daughter gets most of the attention.

Who Is bonskinny On Tiktok? Has He Done A Face Reveal In 2022?
David James tells Bukayo Saka to leave Arsenal for Manchester City

Christine McGuinness tries on wedding dresses and jokes about getting married after split from husband Paddy
Chris Rock opened up about letting people ‘walk all over’ him before Will Smith Oscars slap
All About Jacqueline Hurst, Bernard Looney’s Divorced Wife, And Her Net Worth