Who Was Tytyana Miller? Master P’s Daughter
Posted by  Boss on May 30

Tytyana, often known as ‘TyTy,’ discusses her struggles with substance usage and admits to having a drug problem in an episode of the show.

Tytyana has a difficult chat with her father, Master P, in one episode from 2016, when she was 19 years old.

Then they talked about her going to treatment, to which he expressed his support and said, “In this house, you’re going to have to do what’s right.” “Do you get what I’m saying?” 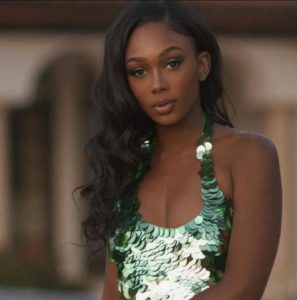 Percy Robert Miller, better known as Master P, is a rapper, actor, and entrepreneur. No Limit Forever Records and P. Miller Enterprises are his companies, and he is the CEO of both.

Master P married Sonya C in 1980, and the couple has seven children together, including Tytyana. Sonya C filed for divorce in 2013, and despite claims of financial issues, the couple settled outside of court.

Tytyana Miller: Who Was She?

Master P’s ex-wife, Sonya C, has a daughter named Tytyana Miller. She became famous after participating on the show Growing Up Hip Hop.

She was 29 years old when she died on Sunday, May 29th, just two weeks shy of her 30th birthday.

Authorities are still unsure of her cause of death and whether drugs played a role in her death.

Her family has yet to reveal the cause of her death.

“Our family is struggling with an unbearable grief for the loss of my daughter Tytyana,” the caption reads. We sincerely beg that our family be given some space to grieve.

“Thank you for all of your prayers, love, and support. Mental illness and substance misuse are serious issues that we must address. We’ll get through this with God’s help. #MyAngel”

Romeo Miller, who participated on Growing Up Hip Hop, made a similar instagram post to his father, expressing his sorrow over his sister’s passing.

He thanks everyone for their “prayers, love, and support” and asks for “some solitude so that our family can grieve,” according to the post.

“The silver lining,” Miller adds in the caption accompanying the photo, “is that I know she’s in a much better place, finally at peace and free.” “May God bless you.”

Study in Australia: Western Sydney University Master of Research International Scholarship
Who Is Jason Wade? MasterChef NZ Contestant: Details About His Age And Wife
A Day In The Life… of MasterChef: From freezing’ food to 5am starts, and a secret wine fridge