Why was Bravo’s Real Housewives of Beverly Hills criticized by Lisa Rinna? Cause investigated
Posted by  Boss on Jul 19

Why was Bravo’s Real Housewives of Beverly Hills criticized by Lisa Rinna? Cause investigated 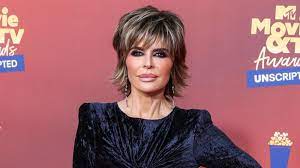 The Real Housewives of Beverly Hills on Bravo has come under fire from actress Lisa Rinna for only offering her mother, Lois DeAndrade Rinna, who passed away in November 2021 at the age of 93 following a stroke, “one episode of grace.”

It is “shame on everyone,” according to Lisa Rinna, because “Lois deserved and deserves much better.”

On Sunday, the reality star retweeted a post from the Pink Pop Box podcast account that included Lisa and Lois, in which she expressed her dissatisfaction. The podcast entry stated:

I just want to draw attention to the discrepancy between what production considers relevant and what is genuinely a real human event taking place in front of them and what they think would attract ratings, which occasionally shocks me.
The post went on to say:

“Crystal’s ominous word and the Garcelle La Quinta arrangement. was incredibly fixated on. I am a little surprised that they only showed a piece of the loss of Lois Rinna and how it affected Lisa Rinna in the last nine episodes; they did so masterfully, I should add. We have spent that time worrying about dinner tables and who had the first awful thing happen to them this year.

The post also mentioned how dealing with things like a loved one’s death and a house invasion with guns are not common topics, “but they’re real things to talk about and this is the true truth of their existence.”

The article stated that the Real Housewives of Beverly Hills’ successful season last year was due to the fact that it was “grim, honest, dark, and real.” The show, however, has provided the “most shallow sensationalized cut” this time.

This year, two women have made the decision to attempt to seize control of the entire group’s story and rewrite it so that they appear to be the heroes. I don’t believe it will turn out the way these two women anticipate. In roughly 4 weeks, it’s going to seriously backfire on them. Let’s check your popularity then. I might be mistaken, but it has happened before, so we’ll see.

For years, Lisa Rinna’s late mother frequently appeared on the reality series and was adored by both the cast and viewers.

Real Housewives of Beverly Hills are denounced by Lisa Rinna

The “4 times Emmy nominated, NYTIMES best-selling author” Lisa Rinna shared a photo of her wedding with the announcement of her mother’s passing on Instagram. Real Housewives of Beverly Hills only depicted a small piece of Lisa’s grieving journey after her passing. Lisa was not pleased with the way the show honored her demise, and she was forthright in expressing her unhappiness.

On Monday, July 18, Lisa Rinna expressed her opinions on Twitter, saying she believed the Real Housewives of Beverly Hills will highlight Lois more because she was a part of the reality series and well-liked by all.

However, Lisa said on Instagram that she was not prepared to see her mother die live before the reality television episode featuring Lois aired. In May, the actress stated on her Instagram Story:

The slippery little devil that is grief. My mother will be on the show in about a week. I don’t want to go through this again, but I’m trying to accept what is. It’s fascinating to me that my wrath has been so constant during this period. I’m curious if any of you have experienced that when you’ve been grieving. Even though I’m struggling, I’m trying to give all of the feelings space.
Lisa was shown opening up to her fellow Housewives during season 12 of the reality series and confessing that she was “trying to find out how to live without my mom.” She even acknowledged that while she is dealing with the loss, she is “in a lot of pain” and is “doing my best.”

Lois had experienced strokes before. This was not the first time. Mother-of-two Lisa Hamlin, who is married to Harry Hamlin, revealed to followers on Twitter in May 2019 that her mother had suffered a “devastating stroke 6 years ago and had to learn how to walk and talk again, she is one of the lucky ones.”

Even Lisa acknowledged that while not being “the same as she once was” following her stroke, “she has conquered so much.”


Why was Bravo’s Real Housewives of Beverly Hills criticized by Lisa Rinna? Cause investigated