Argentina’s long history with the is littered with triumph and controversy.

The two-time champions usually rock up to major tournaments in utter chaos – both on and off the pitch – but they arrive in calm, collected and with a very, very good chance of going all the way.

Can emulate Diego Maradona and lead his country to the most coveted prize in football? Metro Sport takes a look at all things Argentina:

Assistant manager to his predecessor Jorge Sampaoli, Lionel Scaloni was promoted to the top job following Argentina’s calamitous campaign in four years ago.

Under his reign, Scaloni has turned his country’s fortunes around, winning the 2021 Copa America, their first major trophy in 28 years.

They are also enjoying a remarkable 35 match unbeaten run that stretches all the way back to July 2019.

A huge dip in form last season led some to believe that the little magician had lost his magic touch, but the 35-year-old has started the current campaign with Paris Saint-Germain in blistering form.

After leading Argentina to Copa America glory last year, the huge pressure of winning an international trophy is off his shoulders and that might just help Messi lift the trophy he’s always dreamt of.

While not likely to start, midfielder Alexis Mac Allister could be the perfect impact sub should Argentina need to find a late goal.

The 23-year-old is enjoying a fine season with Brighton, with four goals and a string of impressive, energetic performances.

He may not be the most eye-catching name in Qatar, but he’ll be looking to make a big mark on the world stage.

A more youthful but still very experienced squad than in past tournaments, Argentina have a much more balanced team then in prior years where they possessed world-class forwards but mediocre defenders.

They’re much more pragmatic than other top teams but will still look to make the most of their excellent attacking players.

How they’ll line up:

Leandro Paredes and Rodrigo de Paul will form the crux of the midfield but the highly-rated Paulo Dybala is not likely to make the XI, even with Spurs loanee Giovani Lo Celso missing because of a hamstring injury.

But it is the aforementioned forward line where Argentina can really shine, through the genius of Messi, the deadly Inter Milan striker Lautaro Martinez and the ever reliable creator Angel Di Maria. 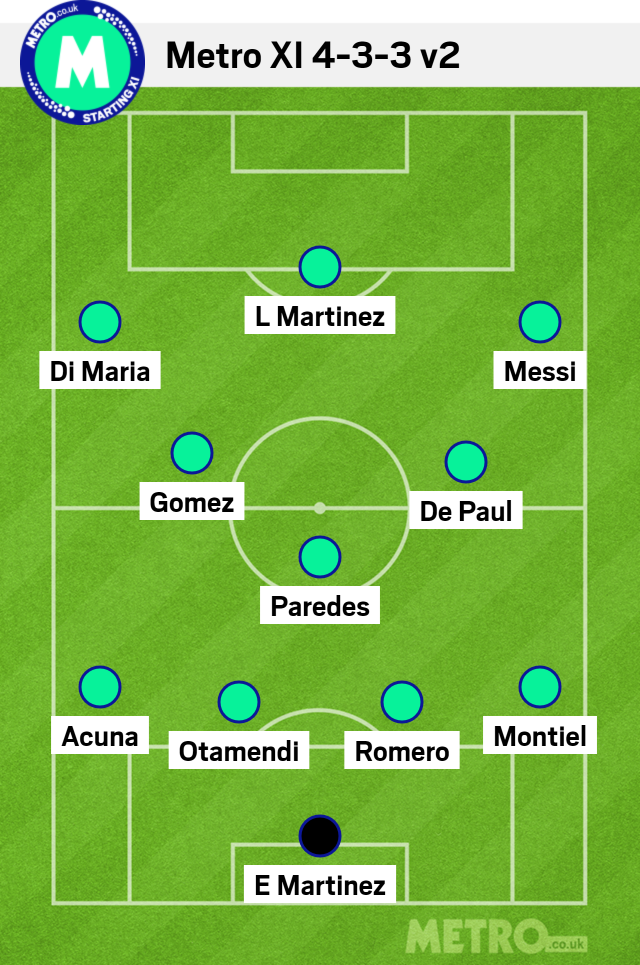 It won’t be plain sailing, but Argentina ought to finish top of Group C ahead of Saudi Arabia, Poland and Mexico.

In the round-of-16 they will likely face reigning champions France or Denmark but realistically they have what it takes to beat anyone and go all the way.

And if they do go deep into the tournament, there is a strong chance that they’ll have to face fierce rivals Brazil in what could be the game of Qatar 2022.

,  and .
Matthew Modine keen to explore more of Brenner’s background as he admits Stranger Things season 4 was ‘difficult to film’
Gareth Southgate responds to fans booing England after USA draw at World Cup