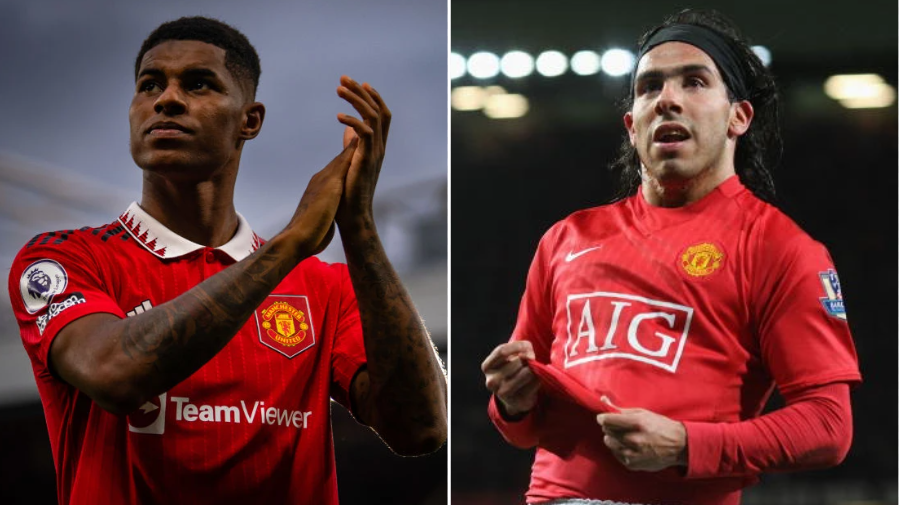 has compared ’s performance against Arsenal to that of former forward Carlos Tevez.

Rashford provided the assist for ’s debut goal before scoring twice in the second-half as United sealed a 3-1 win over the Gunners at Old Trafford.

Erik ten Hag hailed the 24-year-old’s role in pressing Mikel Arteta’s side on Sunday with former United captain Roy Keane highlighting his ‘hunger and desire’ after his energic performance that also impressed Ferdinand.

Rashford endured a woeful 2021-22 season where his future at United came under scrutiny but Ferdinand believes the striker has begun to discover his form after going ‘back to basics’, drawing comparisons with his former teammate Tevez.

‘Marcus Rashford today, an assist and two goals, and Marcus Rashford who is still searching for the supreme confidence that he came under the spotlight with,’ .

‘I think the catalyst for that [his performance], is that he’s gone back to basics. And that’s what we’ve been asking for.

‘He’s gone back to basics. He runs around chasing balls into the goalkeeper lost causes and things like that remind me and take me back to a little bit to Carlos Tevez.

‘He was like a player who got the fans off their seat for things like that. Got the crowd going, generated an atmosphere, made the other players on the team think, ‘right, we’ve got to go as well.’

‘And if he can keep that in his game, the other elements that he has: the quality the ability to run behind teams and scare teams, and then finish or put chances on a plate for others, they then come.

‘But you have to do the hard stuff first. The stuff that you probably don’t feel like you’re getting rewarded for first and then the reward comes later.

‘So I’m delighted for Marcus. I’m so happy. And how can we talk about this without even talking about Antony, the new singing comes in and bangs in. Antony coming in, massive signing. He couldn’t have asked for a better start with a goal.’