are currently going through their biggest summer overhaul for many a year, with having departed and his successor, running the show.

As well as all the revolution behind the scenes at Stamford Bridge, there have also been significant changes on the pitch with several key players leaving and more rumoured to be heading through the exit door.

On a more positive note for Blues fans, the club have made their first signing of the summer in the form of forward Raheem Sterling and has said he ‘would not rule out signing another striker.’

Boehly was planning an audacious move for , but on Thursday it was confirmed that Chelsea were dropping their interest in the star after key talks between the owner and Tuchel.

The German coach’s priority is to bring in defensive reinforcements with centre back Kalidou Koulibaly set to join, while talks are ongoing for Manchester City’s Nathan Ake and PSG’s Presnel Kimpembe.

With that all in mind, let’s break down what Chelsea’s squad would look like if these rumoured signings did come true and how the Blues could line-up for the 2022/23 season.

Edouard Mendy is unquestionably the first-choice goalkeeper, although extra cover will be required if Kepa Arrizabalaga departs.

Tuchel’s preference is to play with a back-three, and Ben Chilwell and Reece James have the wingback positions locked down.

As for the three centre-back places, things have been complicated by the departures of Antonio Rudiger to Real Madrid and Andreas Christensen to Barcelona, both on a free, while Thiago Silva will turn 38 next season.

Koulibaly is the perfect replacement for Silva, given his defensive prowess and leadership skills, and will take up the central slot in the back-three.

After an impressive debut campaign in blue, academy graduate Trevoh Chalobah will likely occupy the right-hand side ahead of club captain Cesar Azpilicueta, who will be phased out due to his age and links to Barcelona.

Both former Chelsea player Ake and Kimpembe are left-footed, but their arrivals will spell trouble for academy prospect Levi Colwill who will be reportedly sold to make way for the new signings, despite a highly impressive loan spell at Huddersfield last season.

Improving central midfield is not on Tuchel’s agenda this summer with Mateo Kovacic, N’Golo Kante and Jorginho still at the Bridge, although future planning is needed with the latter two in their 30s and out of contract in 2023.

Returning loanees Conor Gallagher and Billy Gilmour are set to play first-team football next season, the former especially following his brilliant campaign with Crystal Palace, while Ruben Lotus-Cheek remains a very useful option if he can stay fit.

The disastrous return of Romelu Lukaku blighted Chelsea’s season but the club-record signing has now returned to Inter Milan and in Sterling, Tuchel should now have a prolific player capable of spearheading their attack. 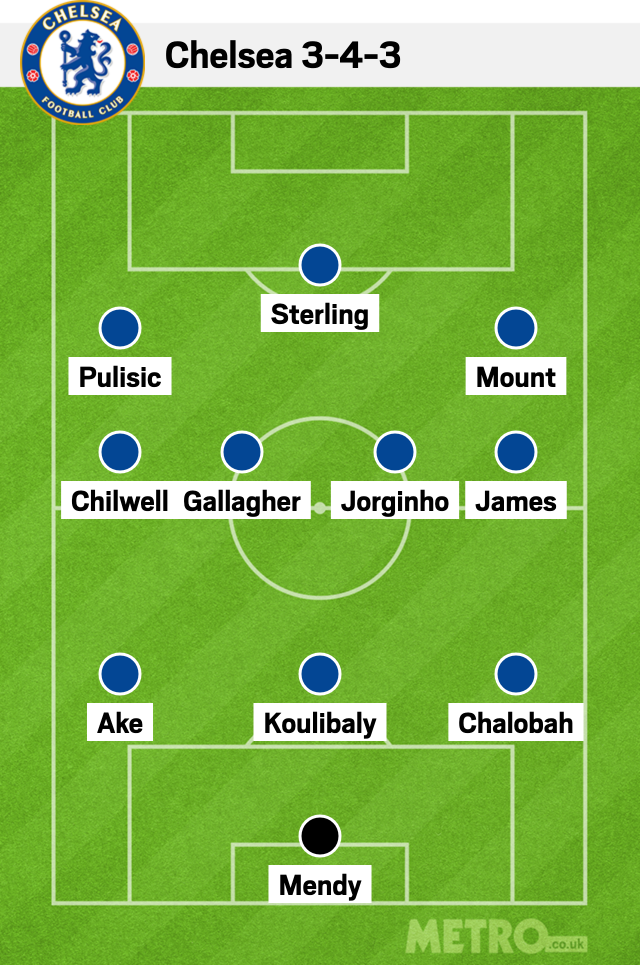 In behind him, Mason Mount remains an ever-present in the side while Kai Havertz continues to gradually improve and finished last season with 14 goals, the second highest in the squad across all competitions.

It remains to be seen which of Sterling or Havertz will play centrally but both players are flexible and Tuchel will likely alter his frontline depending on the opposition.

As for alternative forwards, Hakim Ziyech has been strongly linked to AC Milan, but even if he leaves Tuchel will still have Christian Pulisic, Timo Werner and Callum Hudson-Odoi at his disposable.

,  and .
Erik ten Hag told to find role for Manchester United outcast Anthony Martial as he could ‘save the club money’
David James tells Bukayo Saka to leave Arsenal for Manchester City