Actress Michelle Argyris Is Supermodel To Her Photographer Husband Kayvon Esmaili’s Camera Lens
Posted by  Boss on Dec 09, 2022 - 06:44AM

Kayvon Esmaili, who Michelle Argyris adores, is her spouse, and the couple has a happy marriage. Actor, filmmaker, and photographer Kayvon hails from Iran and currently resides in Los Angeles.

Since the day they first started going out together, Michelle and Kayvon have been inseparable, despite the fact that they have been together for a significant amount of time. The doting couple continues to serve as an example of what it means to be in a healthy relationship by sharing their love stories on Instagram.

Both are performers that have made a name for themselves in the entertainment world as well-known actors in their own right. She is most known for her roles in the upcoming television shows Reboot Camp (2020), Spare Parts (2020), and General Hospital (2019), as well as the film The Long Way (2019).

In 2019, the actress portrayed Kendra Lennon on the American daytime television serial opera General Hospital, appearing in a total of twelve episodes of the show. The soap opera is the current holder of the Guinness World Record for the longest-running production of an American soap opera. 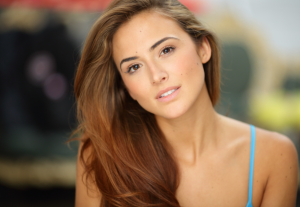 The person who Michelle Argyris considers to be her most ardent advocate is her husband, Kayvon Esmaili. Actor Kayvon hails from Iran but currently resides in Los Angeles.

The actress adores being in front of his camera and frequently shares his famous works across various social media platforms. Actor Kayvon, who is of Persian descent, was born in Marin County, California, in the United States.

His father is originally from Tehran, Iran, while his mother is from Minneapolis, Minnesota. At the moment, the actor and his devoted family may be found residing in Los Angeles, California.

According to his profile on IMDb, Kayvon’s first acting credit came from the film The Beach House in 2002, in which he played the character of Agent’s Secretary. 2006 was the year that he made his acting debut, with roles in films such as Americanese, Present: A Moment in the Future, The Deported Trailor, and Help Me Help You.

In 2009, he appeared in the short film The Enduring Call, which was written and directed by Fritz Feick. He played the role of Reb in the film. In the same year, Kayvon was cast as Dillon Gillon, a recurrent character, in the television comedy series Valley Peaks, which he co-created with Tanner Beard and Philip Donohue.

In 2018, Kayvon featured as Dr. Hillerman in two episodes of The Young and the Restless on American television. These episodes were created by Lee Phillip Bell and William J. Bell for the CBS television network. Doug Davidson, Eric Braden, and Peter Bergman all had recurring roles in the series.

In addition to his work as an actor, he has also contributed to the television show Valley Peaks as a writer, producer, director, and photographer. He works as a freelance photographer and his areas of expertise include portraiture, headshots, editorial photography, and film set photography.

Michelle Argyris and Kayvon Esmaili have been together for a very long time, and their followers continue to look up to them as the ideal couple.

They have been a couple for a considerable amount of time and have always directed the focus of their followers toward their happy married life by posting occasional happy updates on social networking sites. In addition to this, both members of the couple are frequently seen together attending a variety of events and activities. 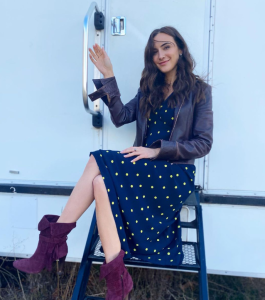 The star of The Inspectors, Michelle, adores having her pictures taken by her husband, who works as a photographer in the Los Angeles area. Since 2010, he has been working alongside Vanie Poyey at her photography studio.

Stunning headshots taken by Kayvon are frequently shared by Michelle. Kayvon is an outstanding director and exudes a peaceful vibe, creating an environment in which amazing natural images may be easily taken. Take, for example, the actress’s headshot picture from 2016, in which she tagged photographer @kayvonphotos. You absolutely nailed it!”

In a different photo that she published on Instagram on January 12, 2018, Michelle included a stunning headshot of herself and wrote the following caption below it: “If you haven’t gotten new headshots for 2018, I don’t know what you’re waiting for. @kayvonphotos is your guy.”

Kayvon is a busy working actor who also shoots on the weekends. He has a lot of acting roles. He possesses a vast store of knowledge as well as profound insights. One of his customers remarked that he was one of the “most humble and friendly” people they had ever met, and that he made the photographic session feel like a true team effort.

Their New Home in Los Angeles

Both Michelle and Kayvon are happy to call Los Angeles, California, in the United States of America, their home. In November of 2016, the actress gave her followers a sneak peek of their new house in Los Angeles by posting a photo to her Instagram account.

Michelle captioned the post on Instagram with the phrase “Soaking in our new house,” which was accompanied by an adorable picture of herself with her gorgeous dog in their new home. In addition to that, she tagged her adoring spouse, Kayvon, in the post.

Followers and loved ones reacted to the photo almost immediately, with one person pinning the image with the caption “Now that’s such a comfy foto” and another commenting “So cute.” 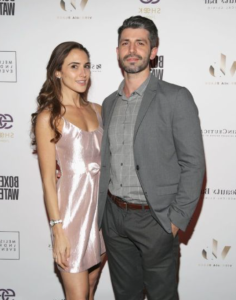 What Is Lifetime’s Welcome To The Christmas Family Reunion

The Christmas Family Reunion episode of Welcome to Lifetime is a lot of fun to see. Amy (Argyris), an ambitious event planner, is said to have a dream career, at least according to The Futon Critic. She is going to offer her assistance to Tiffanie Christmas (Epperson) in the organisation of a family get-together. Ten years have passed since the Christmas family last celebrated the holiday together.

Not only is Amy preparing for this joyous reunion, but also. However, she must also be careful not to step on any eggshells. However, she must navigate some difficult dynamics inside the family in order to be successful. The first is that Tiffanie’s aunts are often questioning her judgement. Include the fact that Tiffanie’s cousin Calvin (Slater) is starting to develop a relationship with the event planner.

Will she be able to pull off an incredible Christmas get-together with her family? 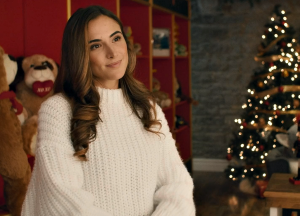 The city of Richmond Hill, located in Ontario, Canada, is where the actress spent her childhood. Her full name is Michelle Simone Argyris. Argyris is her middle name.

As a child, Michelle was an exceptional athlete who began her childhood training with dance, gymnastics, and power tumbling at an early age. She has competed for Team Canada at the National Cheerleading Championships due to her extraordinary talent as a performer.

Argyris has not yet divulged any information regarding her height. It appears from the images that she has that her height is somewhere around 5 feet 7 inches.

In the year 2020, Michelle made her debut in the genre of romantic comedies when she portrayed Megan in the episode of Homemade Christmas that was shown on Lifetime. Since then, she has been actively filming a number of further movies and episodes. Additionally, she had a role in the documentary television series Get Out.

Argyris is of Macedonian and French origin, which brings up the question of her nationality. 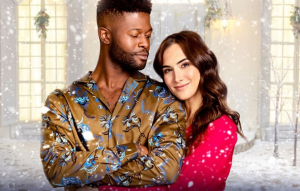 Welcome to the Christmas Family Reunion (2021)

Who Is Michelle Argyris Husband?

Kayvon Esmaili, who has been Michelle’s boyfriend for a very long time, is now her husband.

Actor, photographer, and filmmaker Kayvon is of Persian descent and currently resides in the Los Angeles area. His roles in the television shows Ballers, Big Little Lies, and Criminal Minds have brought him a lot of attention.

The duo has made appearances at a number of events that featured red carpets, including the Beauty Bar Grand Opening in Los Angeles in 2017. 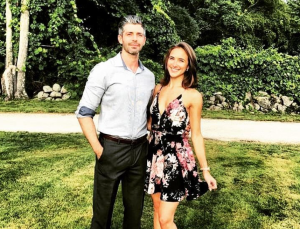 Michelle and her hubby, Kayvon, pictured together

Michelle Argyris has the nationality of Canada and was born in Richmond Hill, which is located in Ontario.

On May 21st, 1988, Michelle Argyris entered the world. As of this this moment, she is 32 years old. Her birth sign has not been updated as of yet.

Although she was successful in getting her bio listed on IMDb, to this day it has not been featured on her page on Wikipedia. However, her biography is readily available on IMDb and a number of other websites.

As of the year 2020, it is anticipated that Michelle Argyris has a net worth of approximately $19 million in the United States.
Since January of 2011, she has been using a Twitter account. She has more than 2.1 thousand followers and 143 people following her on Twitter.

In a similar vein, Michelle Argyris may be found on Instagram, where she has amassed a sizeable following of devoted followers. Under the handle @michelle argyris, she has a following of more than 49.2 thousand people.

In addition to her work as an actress, she has also been a competitor in a variety of athletic events, some of which also include dance and gymnastics.

According to the pictures that she has posted on Instagram, she has been seen spending time with Matt Borrelli, who is rumoured to be her boyfriend.

IMDb gives the drama-romance TV movie “Homemade Christmas,” starring Adrian Langley, a score of 7.1 out of 10. Michelle Argyris made a cameo appearance in the film not too long ago.

She is currently pursuing two Honors Degrees at York University, one in French Studies and the other in Communication Program. Both of these degrees will be awarded upon completion.