AS PURPLE HEARTS RELEASES ON NETFLIX, DOES SOFIA CARSON HAVE A BOYFRIEND IN REAL LIFE?
Posted by  Boss on Jul 30

AS PURPLE HEARTS RELEASES ON NETFLIX, DOES SOFIA CARSON HAVE A BOYFRIEND IN REAL LIFE?

Purple Hearts, the newest love story on Netflix, has viewers questioning if star Sofia Carson really as in love as she appears to be in the movie.

The rom-com, which debuted on the streaming platform yesterday, July 29, features the 29-year-old actress and singer as the lead heroine who transitions from a phoney marriage to true love. 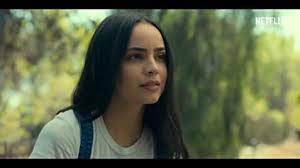 Based on Tess Wakefield’s 2017 novel of the same name, Purple Hearts tells the tale of Cassie, a singer-songwriter (Sofia), who marries Luke, a “troubled” soldier (Nicholas Galitzine), in order to both receive the military advantages accorded to married couples.

Luke, a former junkie trying to regain his father’s approval, and Cassie, a type 1 diabetic, decide to wed in an effort to accomplish two goals at once. Cassie, however, feels compelled to take care of Luke after he is hurt in battle.

But when tragedy strikes, the boundary between real and pretend starts to blur, the Netflix synopsis teases audiences.

DOES SOFIA Carson Have a Date?

Perhaps fortunately for Sofia, her personal dating life differs little from that of her character, albeit she doesn’t frequently discuss it in public.

“To me, it’s about my art, the music, and the films that I bring out into the world, and not about my personal life,” she said in a January 2018 interview with Extra.

I still enjoy sharing rare personal moments with my fans, but I made the decision to keep my private life private because that is not the point of this, in my opinion. There’s more to it than that.

That’s not to say there haven’t been dating rumours about her. According to J-14, the Descendants series star and Sofa Vergara’s son Manolo Gonzalez were said to be dating back in 2016.

With the comment “about last night,” Sofia shared a snapshot of her and Manolo cuddling on Instagram in 2016. Later, Manolo shared a video of himself performing squats while holding Sofia on Instagram in 2018. Manolo and Sofia haven’t publicly acknowledged or disputed their connection, though.

Sofia hasn’t been associated with anyone else since, thus it appears that she is currently single. Sofia told Cosmopolitan in 2019 that she has no interest in dating anyone who works in the entertainment sector.

I decided approximately two years ago that I don’t want to date somebody in the [entertainment] profession, she remarked at the time. Therefore, as you would think, that makes it a little bit challenging.

Amanda Fuller: Who Is She? Does She Have Any Sister In Real Life? Meet Jeff Fuller: Amanda Fuller’s Brother
AS PURPLE HEARTS RELEASES ON NETFLIX, DOES SOFIA CARSON HAVE A BOYFRIEND IN REAL LIFE?
Is Archie From Riverdale Gay In Real Life? His Superpowers And All We Know