Has Nicholas Galitzine Found Love? Who Is He Dating Right Now?
Posted by  Boss on Jul 30

Has Nicholas Galitzine Found Love? Who Is He Dating Right Now?

Although you might recognise Nicholas Galitzine as Tom from the 2014 film “The Beat Beneath My Feet,” he first gained notoriety for his role as Johnnie Blackwell in the 2016 drama High Strung. The young British actor hasn’t looked back since and has been achieving successes one after another as he advances in his career.

Nicholas was an excellent actor, but that wasn’t enough for him; he also aspired to success in the music business. In 2021, he made his vocal debut on the “Cinderella” soundtrack CD, working with Camilla Cabello and Idina Menzel. In 2022, Nicholas also made his debut with the single “Comfort.” 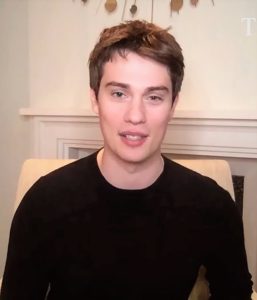 Nicholas Dimitri Constantine Galitzine was raised by his Greek-American mother Lora and father Geoffrey Galitzine after being born in London, England, on September 29, 1994. Interestingly, Geoffrey came from a line of Russian princes, but he made a fortune as a businessman and made sure his kids had a good life. As a result, Nicholas grew up in a close-knit family with his sister, Lexi Galitzine, and throughout the years, they formed a strong family tie. It’s interesting to note that Nicholas found his passion quickly; by the time he was 10, he had joined the school choir.

Nicholas still has a close relationship with his family and frequently posts pictures of them on social media, despite the fact that he is currently a fairly well-known actor. Nicholas has spoken about his parents and credited them for his success in addition to taking time out of his hectic schedule to visit with his loved ones.

Nicholas Galitzine: Who is he dating?

Although Nicholas enjoys discussing and showcasing his family on social media, the actor has always preferred to keep his romantic life a secret. Nicholas did, however, remark that he liked a girl who used to visit the Edinburgh Fringe Festival while discussing his motivation for pursuing an acting career. The actor got involved in movies as a result of wanting to impress and get to know her, which led to him discovering an acting agency.

Nevertheless, Nicholas gets along well with people and frequently forges relationships that last a lifetime. Since the actor was supposed to be dating his “Chambers” co-star Lilli Kay, it is only natural for people to speculate about a romance. Fans would be startled to learn that Nicholas has also been linked to well-known singer Camilla Cabello, while his relationship with Gideon Adlon is one of friendship. The two did not confirm or deny the rumours, though. It appears that Nicholas Galitzine does not have a particular someone in his life and is instead devoted on advancing his professional career.


Has Nicholas Galitzine Found Love? Who Is He Dating Right Now?