Title, premiere date, viewing locations, and more are revealed by Nicki Minaj for her documentary series.
Posted by  Boss on Jul 30

Title, premiere date, viewing locations, and more are revealed by Nicki Minaj for her documentary series.

Nicki Minaj has teased her upcoming documentary series, titled Nicki. The Anaconda fame singer is yet to reveal the series’ release date. However, on social media, she noted that it would be released soon.

Elaborating on the documentary, Minaj said the series would be released on HBO Max and have six episodes. 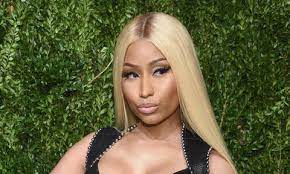 In a caption shared on social media, Minaj wrote:

“I couldn’t be more thrilled to have #HBOMAX on board to help me tell my story in this delicate & memorable way. A way that my fans will love forever. This doc is next level. I can promise you that.”
The teaser shared by Minaj shows the rapper in New York before she got famous, followed by clips of her getting big.

In the clip, Minaj can be heard saying:

“You don’t get a manual on how to be a famous rapper. You just learn it as you go.”
Nicki’s husband, Kenneth Perry, appears on screen and speaks about his wife being the strongest she has ever been in her life.

In the clip, Minaj can be heard saying:

“I never wanted to be mainstream. Mainstream came to me.”

The video concludes with a message that reads:

“A story so raw, it can only be told by a legend this real.”

The series was directed by Michael John Warren, who has previously worked with Nicki Minaj on documentary specials. Detailing the series, Warren said in a statement:

“I love that this series not only provides an all-access glimpse at one of the most iconic musicians of our generation; it also profiles the brave woman behind the artist, Onika. I believe all of us can learn a great deal from her remarkable professional and personal life. It’s an honor to be entrusted with this dynamic story.”

This is not Nicki Minaj’s first appearance in a documentary series. The singer appeared in an MTV documentary special titled Nicki Minaj: My Time Now in 2010. The show was famous for Minaj’s Pickle Juice speech that went viral. The show gave Minaj the reputation of being a role model for women trying to make it in the entertainment industry.

In 2015, Nicki Minaj did a sequel to the series titled My Time Again. Minaj, in the show, says that she would want a family by the next documentary she intends to release. Seven years later, Minaj is releasing her HBO Max docuseries as she is now married with a child.

Nicki Minaj kickstarted her career between 2007 and 2009 with her inaugural mixtapes. In 2010, she released her debut album, Pink Friday, which topped the U.S. Billboard 200 charts. It also gained a diamond certification from the Recording Industry Association of America. The follow-up to that album, Pink Friday: Roman Reloaded, was released in 2012 and explored a dance-pop sound, reaching No. 1 in several countries worldwide.

Her following albums, Pinkprint and Queen, were released in 2014 and 2018, respectively, circling back to her hip-hop roots.

In 2019, Minaj collaborated with Karol G for Tusa, which became the longest-running No. 1 single in the history of the Argentina Hot 100 chart. Minaj’s remix of Doja Cat’s Say So, and her collaboration with 6ix9ine, achieved the positions of first and second U.S. No. 1 Hot 100 singles. The singer is set to release her single titled Freaky Girl on August 12.