Babita ji of Taarak Mehta Ka Ooltah Chashmah is a dance junkie, and she shocked everyone this time by doing Punjabi Bhangra. Munmun Dutta’s video has received a lot of positive feedback.

Munmun Dutta dance: Munmun Dutta, or Babita ji from Taarak Mehta Ka Ooltah Chashmah, enjoys dancing as much as she enjoys living in style. Munmun Dutta frequently posts dance videos to Instagram for this reason. This time, though, she dressed up like a Punjabi kudi and performed a strong Bhangra routine. 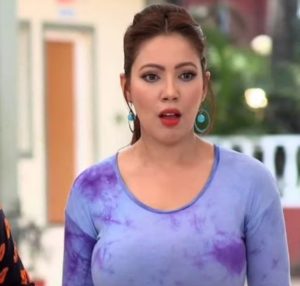 The video was provided by Munmun Dutta

Munmun Dutta, a Bollywood actress, posted a video on Instagram in which she can be seen dressed as a Punjabi kudi in a Patiala suit. It would have been OK up to this point, but by doing bhangra in a Patiala suit, she has driven everyone insane once more. Babita ji looks very lovely while dancing to the song Naach Punjaban from Jug Jug Jio, and her mother is also visible with her in this video. In the dance, who is her partner?

Simultaneously, amusing comments are appearing on Munmun’s video. People are still admiring her and her mother for their dancing. Munmun has danced before, and there are several dancing videos of her on her Instagram page, which her fans watch with bated breath. Munmun Dutta has been a part of the show Taarak Mehta Ka Ooltah Chashmah for 14 years and is known for her role as Babita ji. Although it was recently reported that she will be leaving the show soon. Munmun Dutta will quit the program after Shailesh Lodha. However, it does not appear like Munmun appears in the show on a regular basis, and it is a highly popular show, so Munmun would not want to leave it.

Nikki Tamboli wore such a short skirt to show boldness, flaunted her perfect figure
Gabriel Jesus spotted at the Emirates Stadium ahead of £45m Arsenal transfer

Babita ji became a Punjabi girl wearing a Patiala suit, did Bhangra fiercely, watch video
Craig David reflects on being overweight teenager: ‘There was a point when it became unhealthy’
Lady Gaga and June Brown’s Friendship Timeline, Tribute For The Actress After The Two Became ‘Best Friends’ On Talk Show