Did Ezra Miller and Austin Butler get into a bar fight in Japan? Claims debunked
Posted by  Boss on Jul 01

Contrary to rumors on the internet, Austin Butler and Ezra Miller did not fight in a Japanese pub. Online rumors started to circulate that the Elvis singer hit Miller following a heated dispute in a Tokyo pub. Butler’s close friends, though, have refuted the reports.

Following a tweet posted on June 28 that implied Butler punched Miller, rumors of the two stars fighting online started to circulate. Similar articles have been posted on the well-liked Twitter page Pop Crave and the popular Instagram page DeuxMoi. 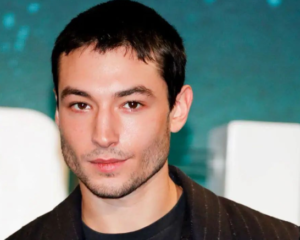 After a purported “eyewitness” claimed to have witnessed the two celebrities arguing on social media, rumors about their altercation began to circulate. The purported bystander said:

The onlooker further asserted that Butler was talking to The Flash actor when he approached him at the bar when he was there with his pals and girlfriend Kaia Gerber. According to the witness, “Ezra started shouting after a while.”

The witness continued, saying that because “the pub was so noisy,” they had no idea why the two were fighting. The rumor’s source also included the following information:

Austin Butler allegedly attempted to punch Ezra Miller as he was being “kept back” by two pals as a result of this. Miller and his party were expelled by security after the altercation before the police were called.

Austin Butler has never visited a bar in Tokyo, according to a reliable source. The source further stated that while promoting the film in Japan, the actor never encountered Miller. It appears that the rumors are unfounded.

Butler never met the Flash star at a Tokyo pub, according to a representative for the 30-year-old actor, dispelling the idea.

Ezra Miller has encountered their own problems in the meantime. Variety aired an exclusive interview with two women on Thursday who said that Miller had assaulted them both physically and psychologically. One of the women alleged that Miller choked her in 2020 after pushing her to the ground.

In an interview, the woman claimed that when she questioned Miller about their scars, he responded that they were war scars. She responded in jest, stating she “could take” Miller in a fight.

“I believe it’s all in good humor, but it wasn’t at first. Suddenly, [they] are on top of me, choking me, and asking me to fight while shouting in my face. As [they] continue to try to fight me, my friend who is filming them realizes that [they] are obviously not joking and that it is actually serious, so he stops shooting and pushes [them] away. My two male pals are literally restraining Miller while yelling, “This is what you wanted!” You got what you wanted, right?

Reports that Ezra Miller will be replaced with Dylan O’Brien on The Flash have been refuted.
In Hawaii, Ezra Miller has already been detained twice this year. One of them involves hurling a chair at a female victim.

The actor was recently charged with keeping two kids and their mother in a drug- and weapon-filled Vermont house.

Did Naomie Olindo Get Plastic Surgery Or Is It Just Weight Loss? Look At The Before And After Pictures
David James tells Bukayo Saka to leave Arsenal for Manchester City