Iris Law Is Dating Frontline Rapper Pa Salieu – How Long Have They Been Together?
Posted by  Boss on 4 weeks ago

Iris Law is a renowned British model who has recently sparked public interest after her romance with Pa Salieu was made public. 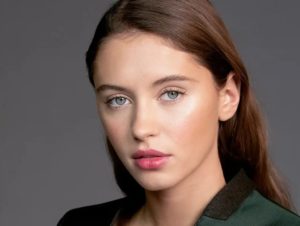 Iris Law, a well-known model, may have only finished her A-levels last summer, but her life has been far from routine. She spent the first several months after graduation studying her interest in sustainable textiles, which included creating natural dyes using YouTube instructions.

Iris will work as an intern for Stella McCartney, the queen of eco-fashion. She enjoys fashion and has a distinct style and edge that she flaunts.

After her breakup with ex-boyfriend Jyrrel Roberts, Iris has been linked to British rapper Pa Salieu, according to Dailymail.

Pa Salieu hails from the United Kingdom and is a rapper and vocalist. In January 2020, he released his debut single, “Frontline,” which became the most-played music of the year on BBC Radio 1Xtra.

Since then, he’s worked on tracks with South London’s SL, Meekz, M1llionz, and Teeway for “Year of the Real,” as well as BackRoad Gee and Ambush for the remix to “Party Popper.”

Among the artists with whom he has collaborated are FKA Twigs and SL. Afro-beats, grime, and UK drill are all part of his sound. In June 2020, he released “Betty” and “Bang Out.”

Iris Law has found love with rapper Pa Salieu after quietly divorcing her long-term partner Jyrrel Roberts. Pa has been dating the model for an undetermined amount of time. However, they were spotted together in the city in October on a night out.

However, given that Iris previously mentioned that her renowned parents taught in her the necessity of always being gracious, it’s unknown how they would react to her new companion.

Pa Salieu is 24 years old, while Iris is 21 years old. The couple is around three years apart in age, but that hasn’t stopped them from having chemistry.

Law appears to have moved on from her previous romance and is now pursuing the new British artist. They were seen enjoying their time together at an event.

Despite the fact that both Law and Salieu have yet to announce their connection to the public, fans have already picked up on it and are ecstatic for the new couple.

Iris’ parents are actors Jude Law and Sadie Frost. From 1997 through 2003, the couple was married. Jude’s father has been in The Talented Mr. Ripley, Alfie, Sherlock Holmes, and Fantastic Beasts & Where to Find Them, among other films.

Her mother is a model, actor, director, and fashion designer who has a son, Finlay, 31, from a previous marriage to Spandau Ballet’s Gary Kemp.

Sophia Burke, Iris’ half-sister, is the 11-year-old daughter of Jude Burke and model Samantha Burke. According to The SUN, Jude’s second half-sister, Ada, is six years old and is the outcome of Jude’s previous relationship with Catherine Harding.

Conversations With Friends: US star Sasha Lane struggled to get to grips with ‘Irishisms’ in BBC drama: ‘What is this?’
Iris Law Is Dating Frontline Rapper Pa Salieu – How Long Have They Been Together?
Is Candice Patton Quitting The Show Or Will Iris West-Allen Appear In The New Season Of The Flash?