Review of Shania Twain’s “Not Just a Girl”: A clear glimpse inside the life of the iconic singer
Posted by  Boss on Jul 26

Review of Shania Twain’s “Not Just a Girl”: A clear glimpse inside the life of the iconic singer

On July 26, 2022, Shania Twain: Not Just a Girl, the newest Netflix documentary tracing the life of the famous Shania Twain, was made available.

The one and a half-hour long documentary takes a straightforward and uncomplicated look at the occasions that occurred over the years that contributed to Shania Twain’s climb to fame. The documentary included numerous performances, clips from music videos, and songs performed by the legendary performer herself, including her well-known hits Man! I Feel Like A Woman!, You’re Still The One, and Not Just A Girl. 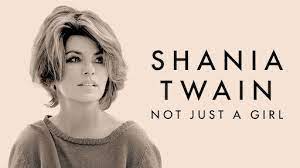 Review of Shania Twain’s “Not Just a Girl”: An easy to follow but educational film

For Shania Twain: Not Just a Girl, Joss Crowley’s educational take on the documentary form made sense since it skillfully managed to strip the fascinating narrative of any extraneous emotion.

In essence, it did result in a slightly too bland movie. In the end, this made the movie interesting to people who were into this particular musical style or music in general, but also made it challenging for average audiences to appreciate the movie. Even though it is still a really engaging story about a very interesting guy, watching this is less like watching a documentary and more like reading a bio.

The programme also looked into Shania’s rise to fame in the 1990s with the aid of interviews with other well-known figures. The documentary was successful in capturing the essence of a budding musician who, in theory, came from nothing to reach the pinnacle of popularity. The exploration of Shania’s early years and influences was done expertly and in great detail.

The fact that Shania Twain: Not Just a Girl did not saturate viewers with information—as documentaries like this one frequently do—was one of its best qualities. Although there was no fundamentally great story, the film may have been more appealing to casual music enthusiasts because of how well the entire plot was kept simple.

Netflix is currently streaming Shania Twain: Not Just a Girl.


Review of Shania Twain’s “Not Just a Girl”: A clear glimpse inside the life of the iconic singer