Robert Hawkins’ Parents: Where Are They Now?

Robert Hawkins’ father, Ronald Hawkin, and his stepmother, Candace Sims, appear on Investigation Discovery’s “Evil Lives Here: Something Is Different About Robbie” to speak about Robert for the first time. In Omaha, Nebraska, in December 2007, Robert started shooting in front of a Von Maur department store, leaving 8 people dead and 4 more wounded. The episode focuses on Robert’s troubled upbringing and his protracted battle with mental illnesses, which may have ultimately led to the slaughter. Then, why don’t we learn more? 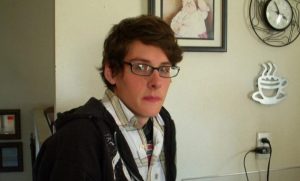 Who Are the Parents of Robert Hawkins?

Ronald Hawkins and Maribel “Molly” Rodriguez welcomed Robert Arthur Hawkins into the world on May 17, 1988 at the RAF Lakenheath station in Suffolk, England. Ronald served in the US Air Force. When Robert was just three years old, his parents split, and records revealed that he used to live with his father in LaVista while his real mother had a very limited influence over his life. According to the program, he lived in chaos at home, which may have contributed to his persistently violent behavior in preschool when he was only 4 years old. He was given diagnoses for attention deficit disorder and post-traumatic stress disorder.

Through Sarpy County Juvenile Court, Robert spent around 4 years as a foster child. His then-stepmother Candace Sims and father, Ronald Hawkins, characterized him as clever but troubled. After being institutionalized a second time, he was identified as having Oppositional Defiant Disorder, a mood disorder, and “parent/child relational issues.” Robert was admitted to Piney Ridge Center in Waynesville, Missouri, on May 18, 2002, the day after he turned 14 for allegedly making “homicidal threats to his stepmother.”

A 5-year journey through a maze of juvenile care programs, including a 2-year stay at Cooper Village, a residential treatment center for teenagers in northern Omaha, from 2003 to 2005, was thus launched. Robert got a variety of comprehensive treatments, such as private psychotherapy, family therapy, and drug counseling. Official estimates show that Nebraska’s state government spent more than $265,000 on his medical care. Maribel also paid a visit to Robert in July 2005 after a two and a half year absence.

After being released from Cooper, Robert returned to living with his parents until late 2006, when he moved out and into a home in Bellevue, a southern Omaha neighborhood in the Quail Creek neighborhood. He briefly resided with a friend’s family before moving around and running into legal issues. Robert tried to enlist in the Army in the summer of 2007 but was rejected due to his significant history of mental illnesses. In November 2007, he allegedly threatened to hurt a teenager physically after believing she had taken his CD player.

When Robert was a young person in foster care, he was previously convicted of a felony narcotics offense. He was suspected of aiding a minor’s delinquency and charged with two counts of drinking on November 24, 2007. On December 19, 2007, he had an arraignment date. At the time of the horrific shooting, his landlady also claimed that he had lost his job at McDonald’s for allegedly stealing $17 and was going through a divorce. Where Are the Parents of Robert Hawkins Now?

On December 4, 2007, Maribel and Robert enjoyed dinner at the home of her ex-husband. She claimed that Robert even applied for a position at a neighboring nursing home online. However, Maribel said that she saw a problem with her son and discovered a missing pistol when she looked through her ex-arsenal. husband’s She speculated that Robert might have taken it and pawned or sold it for cash.

In a 2007 interview, Maribel reminisced about her son and expressed regret for his son’s aggression to the afflicted and their families. We know that Candace had divorced Ronald prior to the shooting and had not been in touch with the father-son since. She later got remarried, and it’s likely that she now resides in Papillion, Nebraska, with her family and works for an electronics manufacturing in Omaha.

Taylor Hawkins’ cause of death ‘under investigation’ after Foo Fighters drummer dies in Colombia aged 50
Machine Gun Kelly wants to tell Taylor Hawkins’ kids how amazing their dad was: ‘He’s such a beautiful soul’
Robert Hawkins’ Parents: Where Are They Now?