TikTok Reacts To Kyle Capener Big Brother Accusations, What Did He Say?
Posted by  Boss on Aug 29

Kyle Capener, a Big Brother contestant, stirs up controversy after using racial language. A video of him is currently trending heavily on Twitter.

One of the eleven contenders left in Season 24 is Capener, a 29-year-old. He works in tech sales and is currently concerned about relationships throughout the running season. He is from Bountiful, Utah. Keep reading to learn what he said. 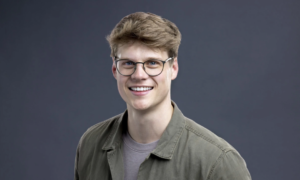 Kyle Capener’s racial remarks were caught on camera. He said that on a live telecast, contestants of various races were cooperating to defeat white contestants.

The Capener footage was located on the show’s continuous live broadcast. However, CBS chose not to run it, which ultimately generated discussion on Twitter. When a viewer posted the live video on social media, the controversy began.

According to Capener, “Those six with that background appear quite similar to the Cookout, with a very diverse background,” as stated in the Daily Mail.

He went on: “Each of them has given a justification for playing this game. Joseph offers better representation of the Middle East on TV. Brazil has never sent a participant or a winner, Indy. Everyone shares a same reason for why.”

As the video gained popularity on social media, fans, however, pointed out further instances of what they viewed as racism in Capener and accused the show’s writers of omitting them.

Viewers of Big Brother have claimed that Kyle Capener’s racist comments were removed by the CBS program.

As a result, people are protesting CBS for supporting a racist competitor by using the hashtags #KKKyle and #StopProtectingKyle on Twitter.

The majority of the tweets from the fans accuse CBS of deleting Capener’s statements on purpose. They also believe that the channel covered up the contestant’s racism during the entire season.

One user reported: “However, despite numerous warnings from CBS production on his partiality, Kyle Capener disregarded them. He said it himself, “We’ll deal with it after the game.” However, now that he has been found out and exposed, they are being kind to him.”

Lisa Bee, another user, tweeted: “This season has been wrecked by Kyle Capener. It somehow recovered from a disastrous beginning to get back on track. But because of his intolerance, he has entirely derailed it. Right now, I’m literally feeling sick to my stomach.”

A program viewer remarked: “Wow, KKKyle is now outright declaring that he wants to attack every member of the house’s racial or ethnic minority and that his greatest concern is that they will band together against him. He desires to stand in Michael, Brittany, Alyssa, and his own way.” 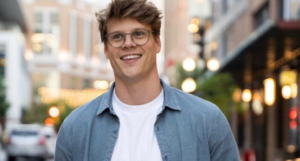 What Happened To Kyle Capener After Racist Remarks?

After being accused of being a racist, Kyle Capener has stated that he will self-evict.

On the upcoming season 24 of Big Brother, which will be broadcast on CBS, Capener is one of the 16 contestants. The first episode of the upcoming season of Big Brother will air on CBS on Wednesday, July 6, 2022 at 8:00 pm Eastern Time (ET). The hit reality competition will return for a 24th season with a cast of 16 contestants hailing from a variety of cultures and countries. These contestants will devise plans to keep themselves safe while competing for the chance to take home the championship and the staggering big prize of $750,000.

The Big Brother franchise consistently receives high marks from members of its audience, and this year’s installment of the show promises to be even more compelling. CBS has revealed the names of the contestants who will be putting their best foot forward despite the numerous twists and turns that will be introduced in the course of the competition just one day before the inaugural show.

After the first episode of the new season airs on Wednesday, the show will return to its regularly scheduled broadcasting of three times each week. The new episodes will be shown on Sundays, Wednesdays, and Thursdays at 8:00 pm ET and 9:00 pm ET, respectively. On Thursdays at 9:00 pm ET, listeners will be able to watch a live broadcast of the eviction of one of the house guests.

Capener would rather not discuss this information with anyone else. He is quite secretive about his personal life, including his wife and girlfriend (if he has any). When it is ready, a new version of this section will be published.

It is estimated that Capener’s net worth is greater than or equal to $500,000 at this time. His primary means of financial support comes from the work he does on a daily basis.

Thank you so much for reading Kyle Capener Big Brother Biography And Net Worth all the way to the end. If you like this article and think it would be helpful for friends and family, please consider sharing it on one of the many different social networking platforms.

Mr. Kyle was born in the United States of America and is of white ethnicity.

Kyle Capener was born in the town of Bountiful in the state of Utah in the United States. At the moment, Kyle is serving Podium in the capacity of Partnership Manager. Despite this, he is one of the sixteen competitors for the Big Brother season 24 competition, which is scheduled to air on CBS during the summer of 2022.

Utah Valley University awarded Kyle Capener an Associate of Science degree in Business, Management, Marketing, and Related Support Services when he completed his studies there (UVU). Additionally, throughout his time at UVU, Kyle was a part of the Utah Valley cheerleading squad.

The beginning of Capener’s professional career was spent in the sales industry. In addition to that, he enrolled in Weber State University’s Sales Program. In 2017, he completed his undergraduate studies at Weber State University and received a bachelor’s degree in professional sales and marketing. He entered in the England Logistics Sales Competition and ended up winning it. As a result of this, he was picked to compete in the NCSC Sales Competition in Georgia.

Capener was employed by the local retailer Getpodium as a sales agent for a time. In addition, the 2019 podium provided him with the option to travel to and reside in Australia for the duration of the Job Project.

In the 24th season of the television reality show Big Brother, which aired in 2022, Capener was chosen to compete as one of the winners out of a total of 16 contestants (U.S). During the course of the show, he developed love feelings for the influencer Alyssa Snider, who is 24 years old. On the Big Brother show, Capener and Snider are now both considered to be among the top 8 participants.

Additionally, Kyle is a significant online influencer and has a lot of success on social media. On TikTok, he has accumulated a following that is greater than half a million strong. Even on Instagram, he has more than 90 thousand people following him. It is reasonable to anticipate that Capener will acquire thousands upon thousands of new fans on his various social sites as a direct result of his big break on the television show Big Brother. He will go far in the entertainment business if he keeps working hard.

He was born in Bountiful, Utah, in the United States, to parents who were always there for him and his siblings. This knowledge is something that Capener would rather keep out of the public eye. He discloses no information about his family, not even whether or not he has any siblings. When it is ready, an updated version of this section will be made available.

It is reported that Capener has a height of 5 feet 10 inches and weighs somewhere around 76 kilograms.

Who Is Nova Foueillis-Mosé? Meet The Actress Playing Laena Velaryon In House Of The Dragon
Gareth Southgate responds to fans booing England after USA draw at World Cup

What does the winner of Dancing On Ice get?
What Happened To Violet Myers – Did She Pass Away Or Is It Fake News? Details About The Actress
What Was Bruce Russell Cause Of Death? Newstalk ZB Host Dead At 70, Funeral Updates Obituary Wife Name!