Ntombi Mzolo is a musician and actress from South Africa. She has famous, loving parents and a family, but she is best known for how well she can act and fit into any role.

In September 2021, the actress told the public that her 3-year-old daughter had died in a terrible accident. This made people cry and wonder what happened.

Let’s find out more about the famous parents of the South African actress, as well as the details and latest news about the accident that Ki**ed her daughter. 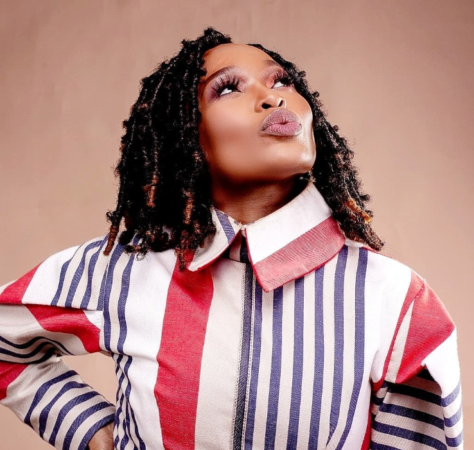 Ntombi Mzolo was born to two famous and talented musicians who were both well-known in the music business. Her parents, Bheki Ngcobo and Linah Khama, were the first people who made her want to become a musician.

Her father, Bheki Ngocobo, is a Maskandi musician from South Africa who performs under the name Ihashi Elimhlophe. On February 26, 2017, Bheki was on the SABC1 show Zaziwa, which was about music and was hosted by Pearl Modiadie.

In 2019, he played the lead role of Ndukuzakhe in the drama series Ifalakhe on Mzanzi Magic.

The actress’s mother, Linah Khama, is also a South African pop superstar musician. She went by the stage name Ebony and was at the top of her game in the 1980s.

She started out singing in the background for bands like Kori Moraba, Abanfani, Dudu and the Big Time Boys, and Paul Ndlovu. Later, in 1987, she went out on her own and became a huge hit.

Linah also worked as an artist manager. She helped build the careers of both her husband and her daughter, who is also a musician. She is the senior pastor of her church, which is called Ford’s Pearl Ministries.

Both of her parents are very religious and humble, and their daughter, Ntombi, has the same spiritual and religious values.

Ntombi Mzolo told the public that her daughter Linile, who was only three years old, had died in an accident. Linile died in a terrible car accident when she was so young. This was a shock to her family.

Sizwe Mzolo, an actor and director, is married to the South African singer and actress. The couple had three kids: Nomvelo Mzolo, Dumanis, and Linile. Unfortunately, only Linile and Nomvelo Mzolo lived to grow up.

Her first son, Dumanis, died in 2015 when he was just a few days old. He had a rare heart condition called hypoplastic left heart syndrome. His death was a shock to both of them.

Later, they had a child named Linile. The actress said that Linile was a happy, loving child who died in a car accident. No one told the public what happened in the accident.

Ntombi gave an emotional speech at the funeral of their young daughter to honor her. She thanked God for letting her be with her daughter on the last day of her life.

Mzolo thought that her daughter Linile had a full life and lived to the fullest while she was there. She also thought that Linile was an angel sent by God to help her parents get over the death of her baby brother.

The actress is still getting over the death of her child, but it looks like her older daughter is helping her a lot. They can be seen trying new things and spending time together on Ntombi’s Instagram.

Who Are Matilda Lawler Parents? A Look At Her Father Matthew and Mother Mara Lawler
Who Are Tyler Wladis Parents? Are Jacqueline Wladis And Harrison Wladis Still Married? Fairly OddParents Cast
Who Are Nichole Sakura Parents? Maggie Actress Ethnicity And Family Background Explored