Who Is Miriah Vanlith TikTok? Watch Inmate Calling For Pen Pals
Posted by  Boss on Jul 25

A TikTok video released online by 43-year-old child rapist Miriah Vanlith requests that anyone who would “want to converse” and establish a pen pal relationship with her get in touch with her.

Vanlith gave the camera a kiss as she wrapped up her 15-second clip. On July 8, a TikTok video was published online, and by Friday, it had received 3.7 million views.

While incarcerated at the South Idaho Correctional Institution outside of Boise, Vanlith recorded the video. 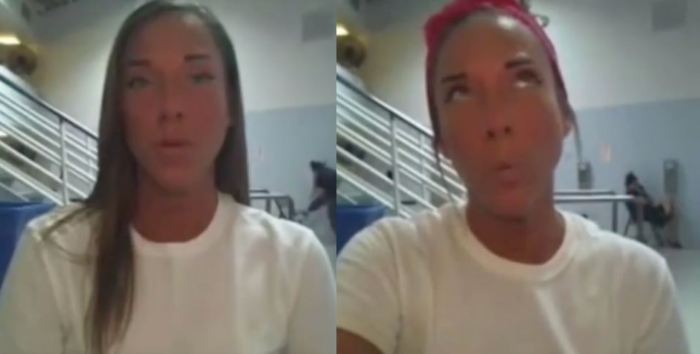 Video: Who Is Miriah Vanlith TikTok?

A 43-year-old TikTok user named Miriah Vanlith gained popularity after she was shown in a video pleading for letters to be sent to her in the South Idaho Correctional Institution outside of Boise.

Vanlith was found guilty in 2019 of raping two young males, luring children online, and providing a controlled narcotic to an underage person.

After sexually abusing a 15-year-old child and raping a 17-year-old boy the year before, she raped a 14-year-old boy in 2018 while they were dating.

For raping two minors in 2018, Miriah Vanlith was given a 10-year sentence at the South Idaho Correctional Institution near Boise.

According to prison statistics, Miriah Vanlith won’t be eligible for parole until 2028.

Prisoners do not often have access to the internet, but Vanlith was able to use JPay to send a video message to someone outside who then posted the videos to a TikTok account on her behalf.

In a TikTok video, Miriah Vanlith asks viewers to get in touch with her if they “want to communicate” and start a pen pal relationship. After she submitted eight videos, Vanlith’s account swiftly soared to 33,000 followers.

Vanlith told the Statesman that she filmed the video to make new friends and that keeping up with a pen pal while she’s incarcerated keeps her occupied.

Prisoners are able to send emails and video files using the JPay system, but they are unable to access social media sites directly. That indicates that someone else made the inmate’s TikTok account and posted the videos. Since then, her profile has been deleted.

Vanlith is accused of sexually assaulting other boys, including a 15-year-old, but as part of a plea agreement, another charge was dismissed.

A short search on TikTok reveals hundreds of Boise inmates looking for pen pals, some of whom are even using images from their past to entice individuals. Vanlith refused to disclose how she received the TikTok recordings.

For raping two boys aged 14 and 17 in 2018, Miriah Vanlith was given a 10-year sentence at the South Idaho Correctional Institution near Boise. She won’t be able to get out until 2028.

Vanlith admitted guilt in 2019 to four charges with the Adams County Prosecutor’s Office, according to court documents: two counts of rape, luring children online, and providing a controlled narcotic to people under the age of 18.

Vanlith sexually assaulted a 14-year-old kid in April 2018, according to the probable cause drafted by an Adams County sheriff’s officer. The boy had received messages from Vanlith via Facebook and Snapchat.

Vanlith had already been accused of many offenses, including the rape of a 17-year-old child, and was accused of touching a 15-year-old boy inappropriately during the 2018 incident, according to several court documents given to the Adams County District Court.

On the social media site Twitter, Miriah Vanlith’s video has gained a lot of attention from posts and comments. After asking for letters from viewers in a video from the South Idaho Correctional Institution outside of Boise, she quickly gained popularity online.

People combined Vanlith’s films out of amazement that a prisoner could participate in a TikTok video or annoyance that a convicted sex offender might go popular.