Bray Wyatt madeto at Extreme Rules and fans may get a better idea of how his comeback will pan out tonight on SmackDown.

After such a cryptic and well received reemerging for Bray following, the key now is in the follow-up, with fans used to penchant for storytelling and plenty of rumours about the so-called Wyatt 6.

Last weekend, Bray – who has used the Wyatt 6 name and @Windham6 handle on Twitter for a while now – made a sensational return after his former Funhouse puppets appeared in human form in the crowd.

While there was added meaning to the order they appeared (Huskus the Pig, Mercy the Buzzard, Ramblin’ Rabbit, Abby the Witch and The Fiend) and how they related to each stage of his career, the potential performers under the masks has also sparked plenty of speculation.

From NXT stars Joe Gacy and Grayson Waller to returning names directly linked to Bray liked former Wyatt Family member Erick Rowan or his real life brother Bo Dallas, fans are trying to figure out who could be involved.

There is the very real possibility Wyatt will be going out on his own this time, although hints like Alexa Bliss’ shift in attitude and Liv Morgan’s reaction to her loss to Ronda Rousey suggest something is afoot.

Here’s what we think about some of the names rumoured for a potential Wyatt 6, and why they’re being mentioned in that realm…

This is the easiest to explain and probably the safest bet considering the direct family link, with Bo Dallas getting released in April 2021, a few months brother his brother Bray was let go.

A former NXT Champion, Dallas showed plenty of promise and charisma under his Bo-lieve persona, and having him come in as part of the group would be a fascinating mood.

There have been reports linking him with a comeback, and if that’s the case then joining up with his brother makes too much sense not to happen at some point. 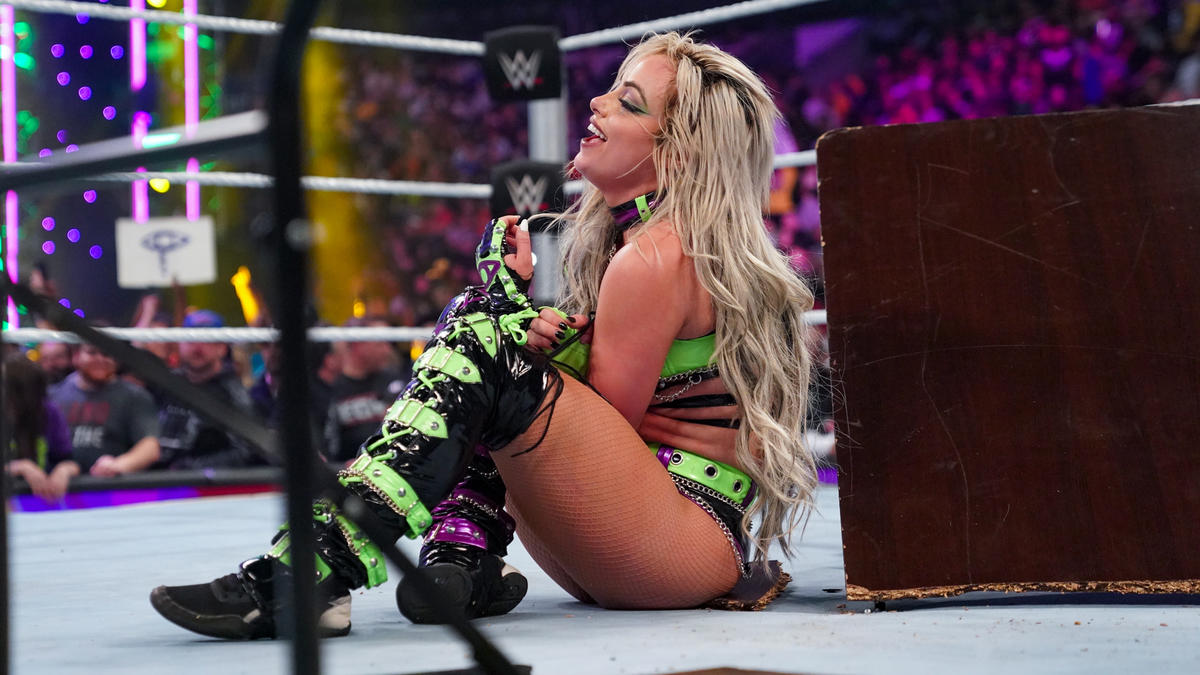 Liv Morgan was seen smiling as she passed out to Ronda Rousey’s submission at Extreme Rules, and she had a similar expression when she was found backstage later in the night.

A character change would be a welcome boost for the now former SmackDown Women’s Champion, and she has made it clear she’d love to embrace her passion for all things horror.

She exclusively told Metro.co.uk before his return: ‘Oh for sure! I think that would be really cool, I think that’d be a lot of fun. I think we’d be able to create something very, very, very scary and very memorable. We’ll see, we’ll see if that day ever comes.’

Rising NXT star Joe Gacy has already been compared to an early iteration of Bray Wyatt’s character, with his cult leader persona seeing him now leading The Dyad on Tuesday nights.

His name popped up in a before Extreme Rules and he leaned into it on social media, and some fans have speculated he could have been under the Huskus the Pig costume.

Gacy can certainly pull off the right kind of character, and him joining a group with his proteges would propel all three men up the WWE mountain.

Erick Rowan has recently admitted he’d be open to a WWE return after his own release during the pandemic, and his history as makes this a great fit.

There’s no real rumours beyond that, but having Rowan back to tie this iteration of Bray to his past would be a fantastic move.

Grayson Waller is another NXT name who has been linked to Bray around his comeback, especially because the human form of Mercy the Buzzard was wearing a very similar outfit to his own Hawaiian shirts on TV.

After the ‘puppets’ appeared in the crowd at Extreme Rules, he was click to post an emoji of an eagle – which seems close enough to us, but time will tell if his style would fit in a potential group like this.

Arguably the most obvious name on the list, but that could almost be what rules Alexa Bliss out of the running – even after she revealed how happy she was to see Bray back in the company.

It could be that Wyatt gets a clean break from any former allies, but , previously telling Metro.co.uk: ‘If he ever did return, a hundred percent I’d want to work with him.’

She added: ‘Everyone wanted to work with Windham, he’s just so good and so creatively genius. He put so much effort into his craft, and for me it was, how do I create something alongside him without lowering his integrity, lowering his character, lowering his stuff?

‘Because you have to try to rise to the occasion instead of bringing the other person down to match your level I really tried in that sense to at least do his character justice… He’s the best!’

WWE SmackDown airs Friday nights at 1am on BT Sport 1.