Ophelia Nichols, a Tiktok influencer, lost her 18-year-old son in a shooting in Prichard, Alabama. On Saint Stephens Road, the incident happened on June 25, 2022.

The Tiktok celebrity, popularly known to her admirers as Mama Tot, is married to Derick Nichols. Her four children have him as their stepfather. Here is a brief description of the family and the unfortunate event. 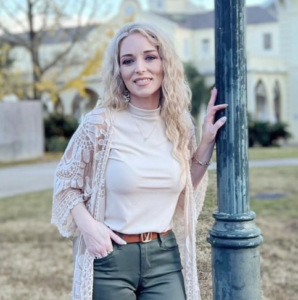 Ophelia Nichols, a Tiktok celebrity, has been wed to Derick Nichols for 16 years. On Saint Stephens Road in Prichard, a shooting claimed the life of the Nichols family’s 18-year-old son, bringing about sadness for the family.

Unlike his wife, who is quite active online, Derick Nichols has been discreet and rarely posts on social media. He is a passionate motorcycle rider, as seen on his Facebook page. Derick has been in numerous blogs by Mama Tot but has not yet made any of his own.

The four children of Tiktok celebrity Ophelia Nichols, who goes by the pseudonym @shoelover99 on the platform, have Nichols as their stepfather. She has a staggering 6.8 million followers.

The Tiktok actress Ophelia Nichols was reportedly shot and died at a petrol station on Saint Stephens Road in Prichard, Alabama, at around 7:45 p.m. on Friday.

The tragic situation is unknown, and the police have not yet made an official comment about it. Authorities are looking for the murderers who are still at large.

Mama Tot made a plea on Tiktok, asking for assistance in tracking down any information that would point to the murderer. She said that two people connected to the incident are being sought by the police. She expressed in her letter her desire for the murderers to view the video and realize what they had done to her family.

Derick and Ophelia Nichols, often known as Mama Tot, are the parents of four kids. Derick is a stepfather to the children of Ophelia’s former marriage, to whom she has a girl and three sons.

However, on Friday night on Saint Stephens Road, the youngest son, Randon Lee, was fatally shot. The teen was Ki**ed in the event, which happened on June 25 at around 7:45 p.m.

Before turning 19, Randon was only 18 years old when he died. In relation to the event, police have not yet located anyone.