Why Is Kim Garam KPOP Leaving Le Sserafim? Is It Because of The Bullying Scan**l?
Posted by  Boss on Jul 20

Kim Garam, the Kpop star, is leaving Le Sserafim. It is a girls’ group that publicly debuted on May 2, 2022.

The news about Kim Garam’s contract termination takes up the internet. However, the agency has said they will continue growing the group with five members now. 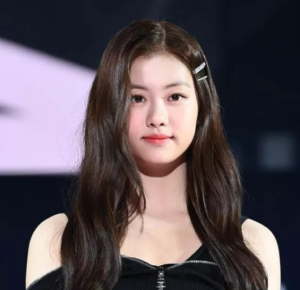 Kpop star Kim Garam is leaving the girl group Le Sserafim after a few months of her debut. A controversy surrounding her emerged online after few weeks after her first public appearance.

Two months ago, Garam’s past actions were made publicized. She was accused of bullying classmates when she was in middle school. However, some sources later said that she was the victim of cyberbullying, and the allegation was wrong.

However, a post on the internet purportedly from the middle school named Kim Garam as the perpetrator of acts of school violence. The victim shared her story through a law firm.

According to the law firm, from the end of April to the beginning of May 2018, Kim Garam and her pals assaulted the victim at school. Within one to two weeks of the incident, she transferred to another school because she could no longer stand the ongoing bullying.

Additionally, Kim received six hours of special instruction on June 4, 2018, in compliance with the “Act on the Prevention of and Countermeasures Against Violence in Schools,” while the victim also received therapy.

The victim faced threats and derision from online users after sharing her experience. The sufferer tried to commit suicide and left school. She merely wanted an apology and a correction of their claims from Kim and her agency.

Hybe Corporation, who was behind the formation of Le Sserafim, has terminated its contract with Kim Garam. They released the statement online announcing their statement.

Previously, the singer had taken a hiatus claiming she needed time for heart healing. The agency had also claimed that the artist was the victim of cyberbullying and denied the allegation.

However, they have expressed gratitude for showing the group love and support amid these controversies. They also said because of the Scan**l, they had let go of Kim.

Originally, there were six members in the group. The girls are Sakura, Kim Chae-won, Huh Yun-jin, Kazuha, Hong Eun-chae and Kim Garam. However, she was removed from the group on July 20, 2022.

They made their public debut with the release of their first extended play (EP), Fearless, on May 2, 2022.

Is Kim Garam Kicked Out Because of The Bullying Scan**l?

Le Sserafim terminated its contract with Kim Garam because of the bullying Scan**l. Many netizens have supported the decision since they had been claiming that her actions were wrong.

Kim has not responded to the comments. She is yet to share her side of the story. And, she has not made an apology as her victim had wanted from her. So, moving forward, no one knows if Kim will continue her music career or not.


Why Is Kim Garam KPOP Leaving Le Sserafim? Is It Because of The Bullying Scan**l?