BGT judge David Walliams Basks In The Net Worth Of 17 Million, His Salary and Earnings In Detail
Posted by  Boss on May 31

David Walliams has captured millions of hearts with his great acting creativity in a variety of roles, and he has since dazzled fans as a judge on Britain’s Got Talent.

David Walliams is an English comedian, actor, writer, and television personality who has had a string of hits in the entertainment industry over the years. His fantastic work on the BBC sketch comedy series Little Britain has been praised.

In addition, his acting brilliance in the British mockumentary television comedy series Come Fly with Me has wowed thousands of viewers. His work on the ITV talent show Britain’s Got Talent has received a lot of positive feedback. 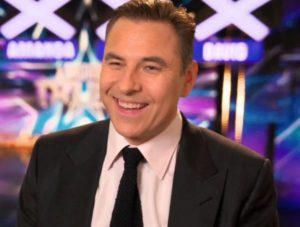 David Walliams, the judge on Britain’s Got Talent, has a net worth of £17 million, and his salary and earnings are detailed below.

David Walliams has worked in over sixteen films since 1999, giving him a wealth of expertise in the entertainment world. In addition, he has worked on over forty television shows as of now. In the meantime, many people are curious about his present net worth and salary.

He apparently receives more than €1.5 million for his current performance on ITV’s Britain’s Got Talent. People presume that, as a result of his great profession, he now has a net worth of millions.

He is also a successful author, with over 37 million copies of his children’s books sold worldwide. His current net worth, according to The Sun, is roughly €17 million.

What Is David Walliams’ Age? Wikipedia Bio And Age

At the time of writing, David Walliams is 50 years old, having been born on August 20, 1971, in Wimbledon, London, United Kingdom. He went to Wallington’s Collingwood Boys’ School and Surrey’s Reigate Grammar School, where he met contemporary writer Robert Shearman.

He also participated with the National Youth Theatre in 1990 and graduated from the University of Bristol with a degree in acting. As Gareth Peas on the parodic sketch show Mash & Peas, he began his television career.

In addition, he made his cinematic debut in 1999 with the British historical action comedy Plunkett & Macleane. In addition, he is the author of several children’s books, including The Boy in the Dress (2008), Mr. Stink (2009), Billionaire Boy (2010), and Gangsta Granny (2011).

Wife of David Walliams: He Has A Child From A Previous Marriage

From 2010 to 2015, David Walliams was married to his ex wife Lara Stone for over five years. Prior to their marriage on May 16, 2010, they were in a love relationship.

Details On Gilbert Gottfried’s Face And Symptoms Of Myotonic Dystrophy: Death Cause & Obituary
Who Is Danielle Fichaud? Details On The Actress From The Canadian Musical Movie Aline
New York Bronx Rapper D Thang Gz Among 21 Others Arrested On Conspiracy To Murder, Here Are The Details